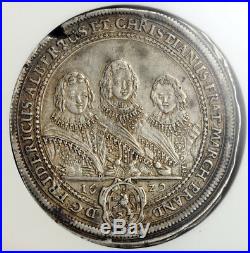 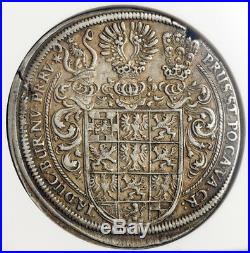 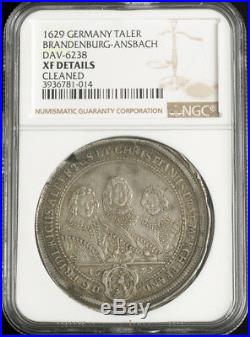 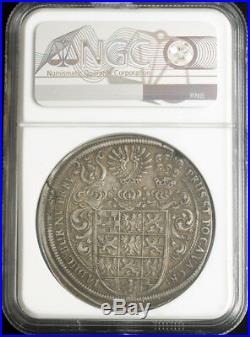 Oval coat-of-arms of below, splitting date (16-29). FRAT : MARCH : BRAND : everse: Coat-of-arms surmounted by three plummed tournament helmets topped by heraldic mascots. The Principality of Ansbach German. Or Brandenburg-Ansbach was a reichsfrei principality in the Holy Roman Empire centered on the Bavarian city of Ansbach. The ruling Hohenzollern princes of the land were known as margraves, as the principality was a margraviate (but not a march). Frederick III, Margrave of Brandenburg-Ansbach (1 May 1616, Ansbach 6 September 1634, Nördlingen) was a German nobleman. He was the eldest son of Joachim Ernst, Margrave of Brandenburg-Ansbach, who he succeeded in 1625.

He was killed at the Battle of Nördlingen in 1634 unmarried and without issue, meaning he was succeeded by his younger brother Albert II. The item "1629, Brandenburg-Ansbach, Frederick, Albert & Christian. NGC XF+" is in sale since Saturday, December 15, 2018. This item is in the category "Coins & Paper Money\Coins\ World\Europe\Germany\German States (up to 1871)". The seller is "coinworldtv" and is located in Wien.