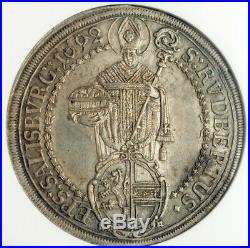 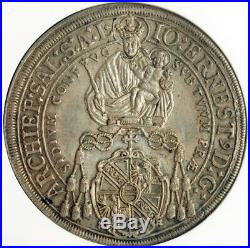 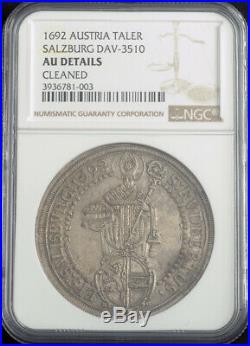 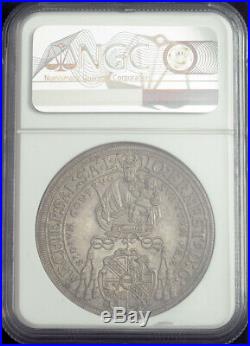 The Archbishopric of Salzburg was an ecclesiastical state of the Holy Roman Empire, roughly consisting of the present-day state of Salzburg (the ancient Roman city of Iuvavum) in Austria. Johann Ernst von Thun (July 3, 1643, Graz, Austria - April 20, 1709, Salzburg, Austria) was prince-archbishop of Salzburg, Austria, from 1687 to 1709. He was originally from the south Tyrol and he displayed a marked antipathy to the Italian designers and tastemakers that were emulated by many Austrians at the time. The archbishop is best remembered as patron of the architect Fischer von Erlach, a leader of Austrian Baroque church architecture.

In 1697, the archbishop obliged all graduates of Salzburg's university to swear belief in the Immaculate Conception. Upon his death, Archbishop von Thun had his brain deposited in the university chapel, his entrails (symbolizing compassion) deposited in his Hospital Church, and his heart interred at his favorite Church of the Trinity. The item "1692, Salzburg, Johann Ernst von Thun. NGC AU+" is in sale since Monday, April 29, 2019.