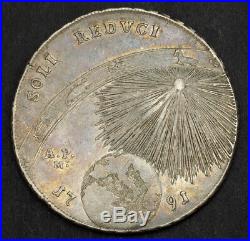 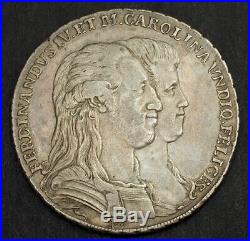 On January 23, 1799, the Kingdom of Naples was declared to be abolished and replaced by the Parthenopaean Republic which only lasted until June 13, 1799. Ferdinand was restored to the throne for a while. On December 26, 1805, Napoleon I of France declared Ferdinand deposed again and replaced him with his own brother Joseph Bonaparte on March 30, 1806. Ferdinand was restored for a third time by right of the Austrian victory at the Battle of Tolentino (May 3, 1815) over rival monarch King Joachim I. On December 8, 1816 he merged the thrones of Sicily and Naples to the throne of the Two Sicilies. He continued to rule until his death on January 4, 1825.

However, his reign up until 1812 was mainly dominated by his wife. Maria Carolina of Austria German.

, and later becoming Maria Carolina, Queen of Naples and Sicily Italian. Maria Carolina, Regina di Napoli e di Sicilia. Ruler of Naples from 1768 to 1799 and from 1799 to 1806, and of Sicily from 1768 until her death in 1814, though she had lost the. She was born an Austrian Archduchess and was a sister of Queen Marie Antoinette of France.