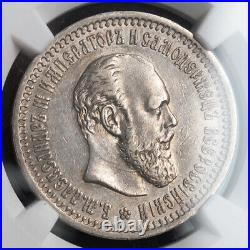 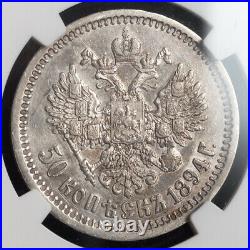 Alexander deprecated what he considered undue foreign influence in general, and German influence in particular, so the adoption of genuine national principles was off in all spheres of official activity, with a view to realizing his ideal of a homogeneous RussiaÃ¢â¬â? Homogeneous in language, administration and religion. With such ideas and aspirations he could hardly remain permanently in cordial agreement with his father, who, though a good patriot according to his lights, had strong German sympathies, often used the German language in his private relations, occasionally ridiculed the exaggerations and eccentricities of the Slavophiles and based his foreign policy on the Prussian alliance. The antagonism first appeared publicly during the Franco-Prussian War, when the Tsar supported the cabinet of Berlin and the Tsarevich did not conceal his sympathies for the French. It reappeared in an intermittent fashion during the years 1875Ã¢â¬â1879, when the Eastern question produced so much excitement in all ranks of Russian Society.

At first the Tsarevich was more Slavophile than the government, but his phlegmatic nature preserved him from many of the exaggerations indulged in by others, and any of the prevalent popular illusions he may have imbibed were soon dispelled by personal observation in Bulgaria, where he commanded the left wing of the invading army. After many mistakes and disappointments, the army reached Constantinople and the Treaty of San Stefano was signed, but much that had been obtained by that important document had to be sacrificed at the Congress of Berlin. Bismarck failed to do what was confidently expected of him by the Russian Tsar. In return for the Russian support, which had enabled him to create the German Empire, it was thought that he would help Russia to solve the Eastern question in accordance with her own interests, but to the surprise and indignation of the cabinet of Saint Petersburg he confined himself to acting the part of "honest broker" at the Congress, and shortly afterwards he ostentatiously contracted an alliance with Austria for the express purpose of counteracting Russian designs in Eastern Europe. The Tsarevich could point to these results as confirming the views he had expressed during the Franco-Prussian War, and he drew from them the practical conclusion that for Russia the best thing to do was to recover as quickly as possible from her temporary exhaustion and to prepare for future contingencies by a radical scheme of military and naval reorganization. In accordance with this conviction, he suggested that certain reforms should be introduced. The item "1894, Russia, Emperor Alexander III. Scarce Silver 50 Kopeks Coin. NGC AU+" is in sale since Wednesday, September 1, 2021.

This item is in the category "Coins & Paper Money\Coins\ World\Europe\Russia\Empire (up to 1917)". The seller is "coinworldtv" and is located in Wien.