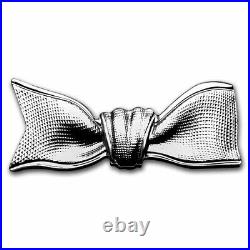 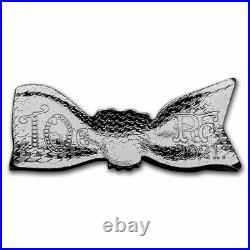 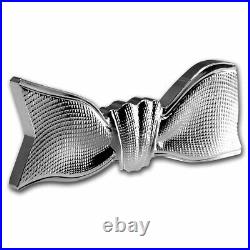 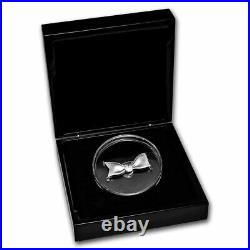 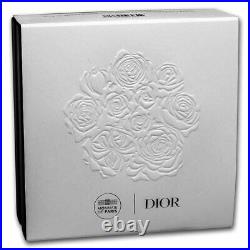 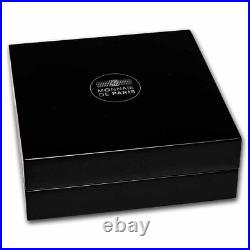 Photos in this listing may or may not be stock photos. The photos are meant to be an indication of the product you will receive. 714 oz of fine Silver. This magnificent coin comes in a box with a certificate of authenticity from the Monnaie de Paris. Mintage of 5,000 coins.

Obverse: These coins in the shape of the knot perfectly reproduce the illusion of the fabric tied to each bottle of Miss Dior. Reverse: The reverse side of the coin shows the famous houndstooth emblem of the Dior house.

The symbol of Joaquin Jimenez and the face value are present on the left. The words RF, and the year of issue are based on an old Dior typography. Guaranteed by the Monnaie de Paris. Inspect the newest addition to your collection with ease by adding a magnifier. This Excellence Series Dior coin would be a great addition to any collection.

About Dior Each year Monnaie de Paris joins forces with a French luxury firm to create an intricately designed series of coins. This year's featured designer is Christian Dior.

The coins in this series showcase an alliance of the two rich heritages of Monnaie de Paris and Christian Dior. On February 12th, 1947, Christian Dior, at the head of his fashion house, presented his first collection in the prestigious salons of the company's headquarters at 30 Avenue Montaigne in Paris. That same year, he created his very first fragrance. The captivating Miss Dior perfume.

Designed to surround each woman with exquisite femininity, Miss Dior which successfully accompanied the revolution ongoing in women's wardrobes, has remained a timeless product, inextricably bound up with a fashion house that has never ceased to impose its vision through elegant, architectural and infinitely feminine lines. Monnaie de Paris Founded in 1864, not only is Monnaie de Paris. France's longest standing institution but it is also the oldest enterprise in the world. Today, they mint strikes circulation coins for France, as well as beautiful Gold. Commemorative coin programs, which are each intricately designed works of art.

The Mint is also home to a museum. Which hosts exhibitions, tours, and workshops as well as the Guy Savoy Restaurant. 1,359 Item as described.

Rec'd item, looking forward to doing business with again. This item is in the category "Coins & Paper Money\Coins: World\Europe\France". The seller is "apmex" and is located in this country: US. This item can be shipped worldwide.