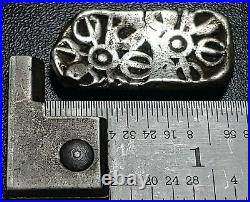 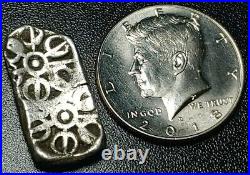 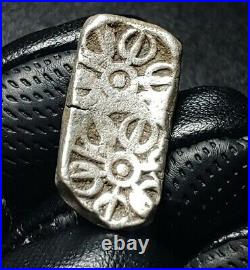 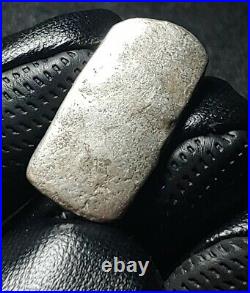 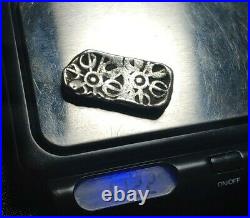 Gandhara Janapada, Medium silver "bent-bar" shatamana c. 600-300 BCE, 11.22 grams. This was the Very first type of coin that was used in Ancient india and it is very Rare! History Behind this Silver Bent Bar Coin. The Gandhara janapada was located in north-western India, in an area stretching from Kabul in Afghanistan, through much of Pakistani and Indian Punjab.

Its capital was the great city of Taxila, renowned for its size and its great university. GandharGandhara (derived from Sanskrit word literally meaning "perfumed"; also known as Waihind in Persian) was one of the major ancient Indian Kingdoms (Mahajanapadas) in northern Pakistan and eastern Afghanistan.

Gandhara was located mainly in the vale of Peshawar, the Potohar plateau (see Taxila) and on the northern side of the Kabul River. Its main cities were Purushapura (modern Peshawar) and Takshashila (modern Taxila). The Kingdom of Gandhara lasted from the 6th century BC to the 11th century AD.

It attained its height from the 1st century to the 5th century AD under Buddhist Kushan Kings. After it was conquered by Mahmud of Ghazni in 1021 AD, the name Gandhara disappeared.

During the Muslim period the area was administered from Lahore or from Kabul. During Mughal time the area was part of Kabul province. This item is in the category "Coins & Paper Money\Coins: World\Asia\India\Independent Kingdoms". The seller is "meteoritestuff" and is located in this country: US. This item can be shipped to United States.