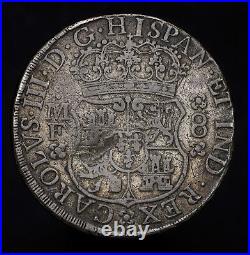 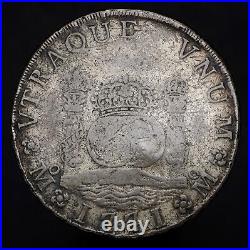 This elegant coin was minted during the long reign of Charles III (1759-88). He conquered Naples and Sicily, bringing them under Spanish rule. By allying with France on the losing side of the Seven Years War, he lost Florida to England, but then, by backing the American revolutionaries, he got it back in 1783. Spain was later pressured to cede the state to the U.

For much of the 18th century, Spain minted the 8-real coin for use in its many colonies. This one was produced for Mexico, and marked with an M. " The motto on the reverse, "Utraque Unum, " translates as "Each One, presumably referring to each colony.

The intricate engraving of the crown, shield, and lettering is a marvel. This item is in the category "Coins & Paper Money\Coins: World\Collections, Lots".

The seller is "farnscharl" and is located in this country: US. This item can be shipped to United States.