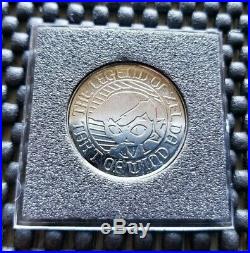 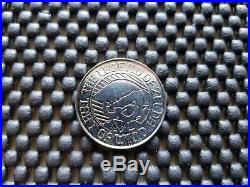 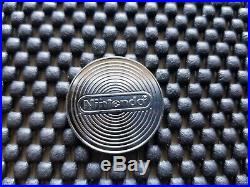 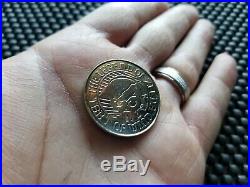 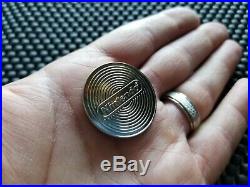 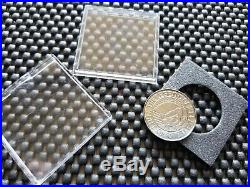 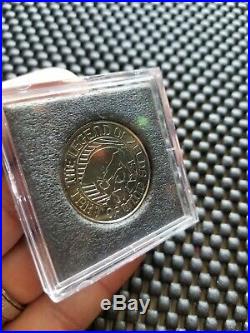 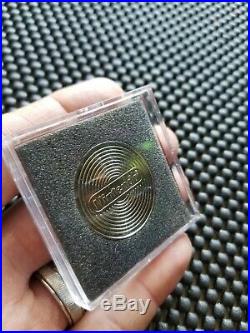 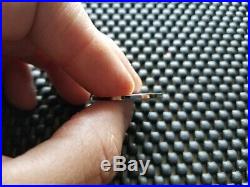 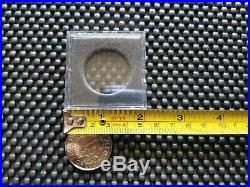 Checkout my store for coins, figures. Introducing the 2002 WHF Zelda Takt of the Wind Medal/Coin [SILVER]! A Zelda medal that was an exclusive 1 time distribution at the World Hobby Fair in 2002! There were 2 medals in the set - Silver and Gold - both identical art/design. Medals originally come in a plastic casing with a small black foam/holder.

The design style is a mono color etching on the coin , the outer ring has wording "The Legend of Zelda : Takt of the Wind" - this is the Japanese name for the Windwaker title. The rear features an ever diminishing circle pattern with the Nintendo logo right in the center - the coin is metal. The black foam that comes with the plastic casing has sort of "flattened" over time - as a result, the coin can sometimes come loose and swoosh around during a closed case. The front of the coin has some scuffs as well as some small irremovable specks in the small grooves of the front of coin.

Photos # 1 and 2. Rear also exhibits light scuffs. This medal was available only at the 2002 World Hobby Fair in Japan - this was a games show showcasing all the latest games / upcoming games releasing / newly released at the time.

WindWaker was released for the Gamecube sometime after the WHF event in 2002. Referred to ask Takt of the Wind in Japan. Bubble envelopes and small boxes with ample protective packaging are used. If there is ever a problem with your order. Please contact me , i will work quickly and to the best of my ability to resolve / remedy any issues that may arise.

I eventually will construct a website to showcase my massive collection. I want to be a great coins resource for all other coin collectors/enthusiasts out there! I also dabble in Nintendo figures and pinswant to have those on the website too! The item "Vintage Nintendo Zelda Wind Waker Medal Coin SILVER World Hobby Fair 2002 Japan" is in sale since Sunday, January 5, 2020. This item is in the category "Video Games & Consoles\Video Game Merchandise".